Trending
You are at:Home»Top Universities»The Massachusetts Institute of Technology in Cambridge

The Massachusetts Institute of Technology also called as MIT it is research based private university located in Cambridge, Massachusetts. MIT was established in 1861 in response to increment industrialization of the America. The campus covered approximately 168 acre and extent over 1.6 kilometers along the northern bank of the Charles River basin. Massachusetts Institute’s adopted a European polytechnic university model and has laboratories in engineering and applied science. 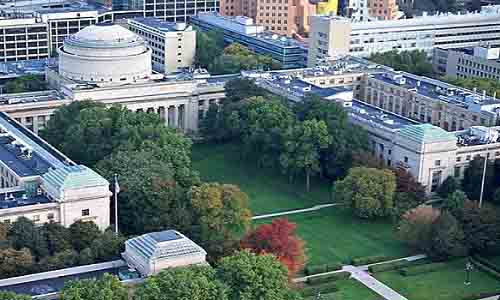 MIT has five schools and one college which comprise a total of 32 departments. As a research institute known for research and education in the engineering and physical science and currently in biology, linguistics, economics and managements also. MIT is frequently referred as among the top world universities. From the MIT institute, to date 81 Nobel laureates, 45 Rhodes Scholars and 52 National Medal of Science recipients have been affiliated from this institute.

In the year 1930s, the institute stressed the importance of complete science like physical and chemistry and decreased the vocational exercise required in drafting studio and shops. MIT reforms ability to develop leadership in science and engineering as well.

Unlike other institute MIT provide more to average class families and this school was chosen to the Association of U.S Universities in 1934. Under the MIT system the MIT Sloan School of Management, School of Humanities, Arts and Social science were organized in 1950 to deal with great school of science and engineering.

The institute is separated roughly in half by Massachusetts Avenue, and this institutes most of the dormitories and student life facilities are situated to the west and most academic buildings located to the east. The Harvard Bridge is very closer to Massachusetts Institute of Technology.  At the MIT each buildings names were designated by different numbers.

MIT also has on campus nuclear reactor and it is one of the highly powerful university founded nuclear reactor in the U.S.  Other facilities at this campus includes towing tank for testing ship and pressurized wind tunnel, and wireless network which can be have 3,000 access capability by covering around 9,400,000 square feet institute area.

From all its five schools offers 44 undergraduates degree programs and the school of engineering was the most popular division at MIT, for its 19 degree programs 63% students were enrolled and 29% for school of science than followed by school of humanities, arts and social science.