Trending
You are at:Home»General Knowledge»List of Important Days National and International 2015 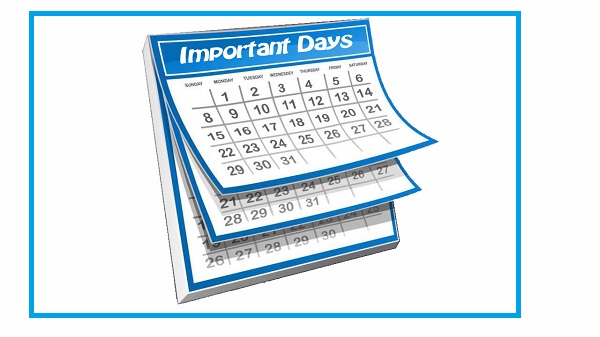 Hi guys welcome to this post, remembering all the important days is really very difficult for everyone but few significant dates are listed here by considering exam point of view. Below given all national and international important days were frequently appeared in many competitive exams.

1st of May – International Workers Day or May Day

11th of May – National Technology Day

12th of May – International Nurses Day

21st of May – Anti-Terrorism Day

22nd of May – World Biodiversity Day

24th of May – Commonwealth Day

28th of May – International Day of Action for Women’s Health

31st of May – Anti-Tobacco Day

16th of September – World Preservation of the Ozone Layer Day

The time has come for ending to this article, i hope you may learned few of important days after reading of this article. You can ask us for any queries and don’t feel shy to enter your valued suggestions & have a comment if you found any mistakes in this tutorial. Meet you in the next session with some other interesting article until that stay with us for more updates. Wish you all the very best.