Trending
You are at:Home»General Knowledge»Nobel Prize Winners in India From 1913 to 2014 Every Field

Hi friends welcome to this post. Here this article is all about Nobel Prize Winners in India and list of laureates from 1913 to 2014 in every aspect and . For all the job seekers I would like to share this material to enrich their mind up-to-date. Life is a learning process it can be fulfilled by learning the new things every day. Especially it is very important for those who are preparing for the job they should be thoroughly updated with new. 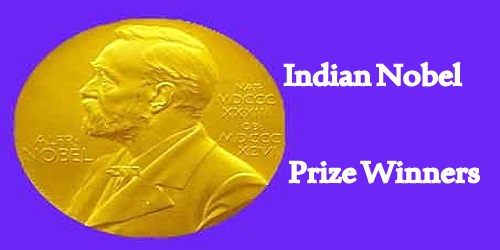 History of the Nobel Prize Winners in India

The Nobel Prize is a one of the most prestigious annual prize in the world. This award was set up by the great person Alfred Bernhard Nobel who was invented the Dynamite (explosive compound). On 27th November 1895 he was signed on the testament that contains the money which is earning from the patent that could be contributed to a series of prizes. According to that the Nobel Prize is given in the field of Chemistry, Physics, Medicine or Physiology, Peace, Literature and the lately Economics from 1969.

This honor appreciate are awarded every year on the death anniversary of Alfred Bernhard Nobel on 10th of December. It was started in 1901 till now this honor have been granted to 864 Laureates. Note: The Nobel Medal is made by hand with very good precision and it contains 24 carat gold is coated on 18 carat green gold.

Jean Tirole (he is great influential French economist) received the award For his Analysis Of Market Power And Regulation.

Patrick Modiano (French) Novelist who granted by The Award For His Effort Focusing On Nazi Occupation.

Kailash Satyarthi who recently received the Nobel Peace Prize For His Fight Against Child Labour since (Bachpan Bachao Andolan) 1990s.

Venkatraman Ramakrishnan is a one of the Indian received, in Chemistry for Studies Of The Structure And Function Of The Ribosome

Amartya Sen was the first Indian to receive this honor in Economics, for his enormous contribution to Welfare Economics.

Subrahmanyan Chandrasekhar received this honor in Physics for his theoretical studies of the physical processes of importance to the structure and evolution of the stars.

HarGobind Khorana was granted by the award in Medicine. Because of his experiment on interpretation of genetic code and its function in protein synthesis.

Mother Teresa has been given Nobel Peace Prize . For her “work in bringing help to suffering humanity”

C.V. Raman was received the award in Physics. For his enormous efforts on acoustics (study on sound) and light.

Rabindranath Tagore has been given Nobel Prize in Literature. Because of his deeply sensitive, new and very attractive verse, with perfect skill.

that’s it for all about Nobel Prize Winners in India and list of laureates from 1913 to 2014. I hope you guys may gained something new in this session, that’s it for end of this session. If you have any queries and suggestions feel free to share with us, meet you in the next session with some other interesting tutorial. Wish you all the very best.